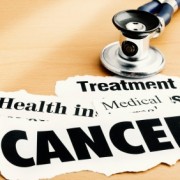 By Professor Gordon Wishart is a consultant breast and endocrine surgeon

There are few workplaces that have not been in some way affected by cancer. Many of us will have participated in some form of fundraising as a direct result of a colleague’s diagnosis, and sadly such instances are becoming more common.The likelihood of getting the disease during your lifetime stands at one in three, but according to Cancer Research UK it is already  one in two for those born after 1960.  A 50/50 risk of cancer is an issue that none of us can afford to ignore, and increasingly, employers – wise to the threat cancer poses – are finding ways to try to pre-empt the disease.The good news is that  we are getting better at treating cancer, with more people than ever – over 50 per cent – surviving the disease. The key to this successful treatment is early intervention, and that often depends on individuals having a sound understanding of the disease, of its symptoms, and of their own personal risk.An example of early intervention is the work taking place at insurance group Zurich, which has turned to Check4Cancer, a clinician-led organisation specialising in the implementation of cancer awareness and screening programmes for help with a cancer awareness raising programme for Zurich’s UK employees. The objective for Zurich was to increase the awareness of specific cancers such as breast, skin and prostrate across their UK workforce and to help people understand how to detect the early signs of cancer.

Earlier this year, Check4Cancer delivered presentations on the different types of cancer to Zurich’s employees based at different locations across the UK. Typically, awareness-raising campaigns focus on one specific cancer, sometimes focusing on gender bias, age or working conditions of staff.

Zurich took a different approach covering as many types of cancer as possible, opting to include bowel, breast, cervical, lung, prostate and skin cancers as part of their employee awareness programme. Initially, Zurich focused on helping employees to spot the signs of skin, breast and prostate cancer but then extended the programme to include some bowel, cervical and lung presentations too in light of positive feedback on the initial presentations.

Skin cancer, along with breast, prostate cancer, bowel, cervical and lung cancer are the six most common cancers, affecting both men and women, young and old – and, taken together, account for around 85 per cent of all cancers in the UK.

Typically, Check4Cancer implements its awareness campaigns via a range  of media tailored to the client’s need, including presentations, info  stands, booklets and informational websites set up specifically for the  purpose. In addition to clear, basic information, the websites can feature illustrative videos, FAQs, and interactive activities where participants can share experiences. But also, crucially, they include online questionnaires providing measurable outcomes of the campaigns.

While work way is underway to measure the specific health outcomes the online questionnaires provided feedback from Zurich employees that the initial presentations were valued.

In fact, a recent survey among HR professionals revealed that 95 per cent of HR professionals surveyed were in favour of universal cancer checks provided by employers, with annual checking for all staff, while 63 per cent actively plan to introduce cancer awareness programmes and/or early detection programmes in their organisation.

Great potential exists for business to challenge the threat posed by cancer and it does not have to involve radical action. It may be as simple as providing the right information in the right way. What people do not know, they cannot react to. By providing awareness of cancer, we  hope that people may become empowered to self-diagnose cancer and thereby save lives.

Professor Gordon Wishart is a consultant breast and endocrine surgeon, former director of the Cambridge Breast Unit, Cambridge University Hospital NHS Foundation Trust and Visiting Professor of Cancer Surgery at Anglia Ruskin University, Cambridge. He now works as an independent practitioner in Cambridge, and is medical director at Check4Cancer (www.check4cancer.com) 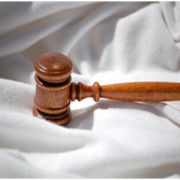 A building firm which was fined £200,000 following the death of a 28-year-old worker who was fatally crushed when a 2.9 metre retaining wall collapsed onto him, has been ordered to take out an advert on the Construction Enquirer detailing its prosecution.

This is the first time a publicity order has resulted in an advert being taken out in the trade press. Previously notices have appeared in local papers or on a company’s own website.

Linley Developments’ ad will appear throughout December on the Construction Enquirer website.

The site’s pages are viewed around 60,000 times a day, though the advert does not appear on every page.

The publicity order states: “Linley Developments Ltd was convicted on 7 September 2015 of corporate manslaughter arising out of the death of Gareth Jones, a subcontracted employee, at a development in St Albans on 30 January 2013. 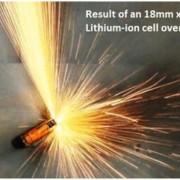 From energy storage installations to electric vehicles and to consumer electronics such as smartphones, laptops and cameras, batteries are in use all around us every day.

In normal working conditions batteries are considered to be stable, but if subjected to abnormal circumstances, such as increased temperatures, they may become unstable and – in the worst cases – vent violently with flame.

As a result of this, in 2015 United Airlines announced that it will no longer carry bulk shipments of lithium-ion batteries. Aviation officials believe that such batteries contributed to fires that destroyed two Boeing 747 cargo planes, claiming the lives of their crews.

In July 2015 the M1 motorway in Derbyshire was closed for several hours with a 500-metre exclusion zone after a lorry carrying batteries caught fire. Witnesses reported seeing “fireballs” – presumed to be exploding batteries – and black smoke pouring out of the HGV.

In 2013 alone an estimated 4.8 billion lithium-ion batteries were manufactured, with annual production forecast to reach eight billion by 2025.

Because these cookies are strictly necessary to deliver the website, refusing them will have impact how our site functions. You always can block or delete cookies by changing your browser settings and force blocking all cookies on this website. But this will always prompt you to accept/refuse cookies when revisiting our site.